French logistics robotics start-up Scallog is speeding up its growth across Germany and throughout north-western Europe! 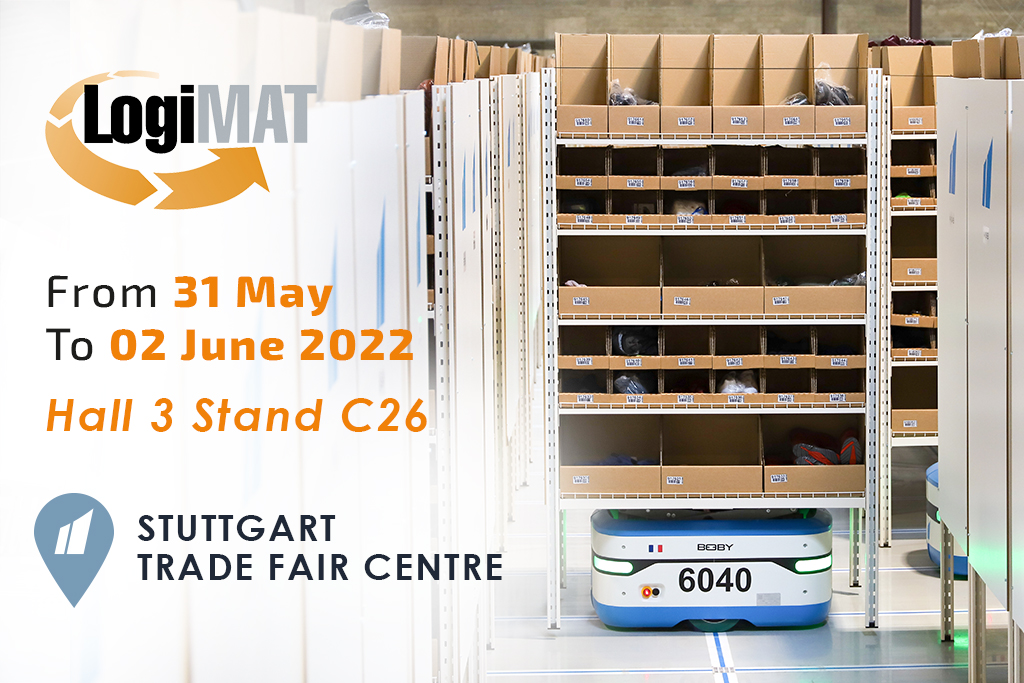 To shore up its presence in Germany, which represents some 25% of the European logistics market, Scallog will be presenting its Goods-To-Man solutions at the LogiMAT Show. These have already been deployed at Decathlon’s site in Mannheim in a bid to maximise efficiency and logistics agility. Scallog is also speeding up its growth in the Benelux countries, Switzerland… and soon in the UK!

Nanterre, 23 May 2022 – In Europe’s most densely populated region, including ports, key economic hubs such as Amsterdam, Paris, Brussels, Frankfurt and Stuttgart where property and recruitment in logistics are under strain, Scallog wants to become the leading robot and mobile shelving company for automating order preparation in warehouses across north-western Europe, particularly in Germany. This is why Scallog is taking part in the LogiMAT Show – to promote and sell its Goods-To-Man robot solutions in Germany, Europe’s biggest market because of its central position on the continent and the borders that it has with nine other countries.

Given the logistics challenges posed by an omnichannel approach, the growth in e-commerce and the CSR focus of companies in Germany, Scallog’s Goods-To-Man solutions – storage shelves transported by robots to people that it will be showcasing at LogiMAT – address these challenges – with a great deal of agility and simplicity! Their aim is to speed up order preparation and make it more reliable, optimising the efficiency, agility and resilience of the logistics chain, while at the same time reducing arduous work in warehouses.

As Olivier Rochet, CEO of SCALLOG tells us: “Our taking part in this show is in line with our European growth strategy, and Germany is a key part of that strategy – because of its logistics leadership, its industrial culture, and its mature and highly competitive robotics market. We want to promote our value proposition among as many German companies as possible – a decidedly agile and scalable form of robotics which can drive automation and logistics performance, without creating upheaval or calling into question existing solutions in warehouses”.

Scallog will present its offering at the LogiMAT Show, an offering that sets itself apart from the others with its competitive advantages: a Goods-To-Man solution – a bespoke turnkey solution for automating retail picking, combining simplicity with fast deployment and execution. Indeed, Scallog stands out in its market thanks to the speed and flexibility of its Goods-To-Man robotic solution, which fits seamlessly in any logistics environment, together with the software intelligence that manages the process from start to finish and its ‘fail-free’ system security, which locks down ‘sensitive’ data from the supply chain, an increasingly popular target for cyber attacks.

Scallog also has an experienced R&D team and a ‘tailor-made’ production unit in France on the outskirts of Paris to manage its value chain from start to finish, from the design through to the production of robotic solutions in line with its European clients’ requirements in innovation, quality and responsiveness.

Scallog also has an ambitious partnership strategy in place with well-known local intra-logistics companies. This means it can now provide support for its clients and deploy its robots in over 30 countries!

Over the next few months, Scallog also wants to bolster its presence in the Netherlands, gateway to Europe and global business centre for several centuries. Scallog will therefore be taking part in a key e-commerce logistics event – the DELIVER show in Amsterdam on 8 and 9 June. The same can also be said of Belgium and Switzerland where Scallog has numerous clients and a high level of cultural and geographical proximity.

In 2023, Scallog aims to expand its partner network in north-western Europe, particularly the UK, and generate more than 50% of its turnover from exports.